Why I became an Alexander Teacher

I first became interested in the Alexander Technique in 1994 while pursuing a career as a casting director and photographic stylist in advertising and television. At the time I was suffering from back, neck and shoulder tension, which had developed over a long period of time. Alexander lessons not only helped relieve the pain, they made me more aware of my habitual responses to the stresses and challenges of everyday life. I felt calmer, my work became less tiring, and other activities, such as playing the guitar, swimming and cycling, became easier and more pleasurable.

I decided to train as an Alexander teacher with Dilys and Walter Carrington at the Constructive Teaching Centre in London, qualifying in 1998.

In the same year, I set up my Alexander practice in Fulham, where I have been teaching for more than 16 years. In addition, since 2004 I have been a member of the team training new Alexander teachers at the Constructive Teaching Centre. I have also run introductory group classes at Kensington and Chelsea College. 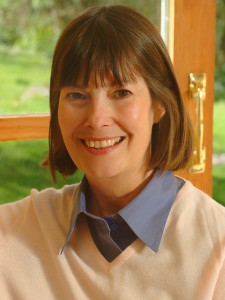 By applying the Technique to running, I can now adopt a more upright position, giving me flexibility in my knees and lightness in my step. In lessons I have learned to move more freely, and I even improved my time from last year’s London Marathon.

Having suffered with back pain and bad posture for years due to scoliosis, a specialist recommended the Alexander Technique. After a few lessons, my pain eased, and has now disappeared. My posture continues to improve and I am becoming more upright.

My posture has improved so much that even my busy office colleagues have noticed. I look forward to every lesson with Jackie, and each time I discover something new. I walk home after my lessons feeling uplifted.

Alexander lessons have made an impact on my back pain and the way I live my life. I now understand the concept of slowing down, stopping and thinking things through. I’m much more comfortable in my own skin and that feels absolutely fantastic!

I decided to take Alexander lessons when I had been diagnosed with arthritis in my neck. Jackie was recommended by a friend and I have been taking lessons for the last eighteen months… my posture has totally altered and I am no longer in pain.

Jackie’s teaching of the Alexander Technique has helped me extensively, to bring physical and mental balance to all aspects of my life… I now feel liberated from the problems I once thought impossible to change.

Alexander lessons help me cope with the emotional and physical demands of being a nurse; I am calmer and less exhausted after shifts. The Technique has improved my confidence and sense of well-being; I leave lessons feeling calm but energised.

I no longer suffer neck or shoulder pains, which were persistent problems. The Alexander Technique has dramatically improved my posture and has led me to a more confident manner professionally and socially. Jackie immediately put me at ease.

My breathing, posture and quality of sleep has improved, as well as my singing and yoga. I am better able to cope with work related stress. Jackie is passionate about the Technique, and genuinely cares for her students.